We started weaning Harper just before she turned 4 months. This wasn’t a huge decision for us, as we were fairly confident that she was ready!

She was holding her head up by herself very well, she would open her mouth wide like a little chick when we put a spoon to it and she would stare at us when we ate almost begging us for some of whatever was on our plate!

We started off gradually with porridge mid-mornings. She would wake super early, have a bottle and usually fall back asleep. When she woke again a few hours later I would give her some porridge followed by another bottle, if she wanted it. 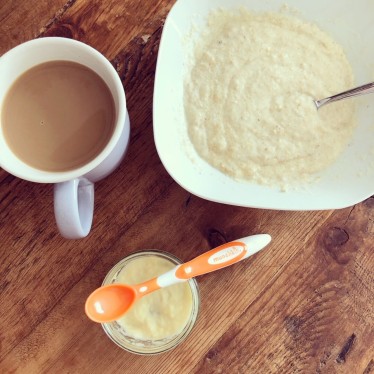 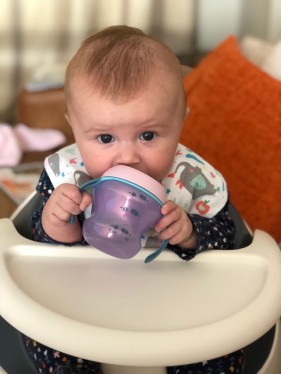 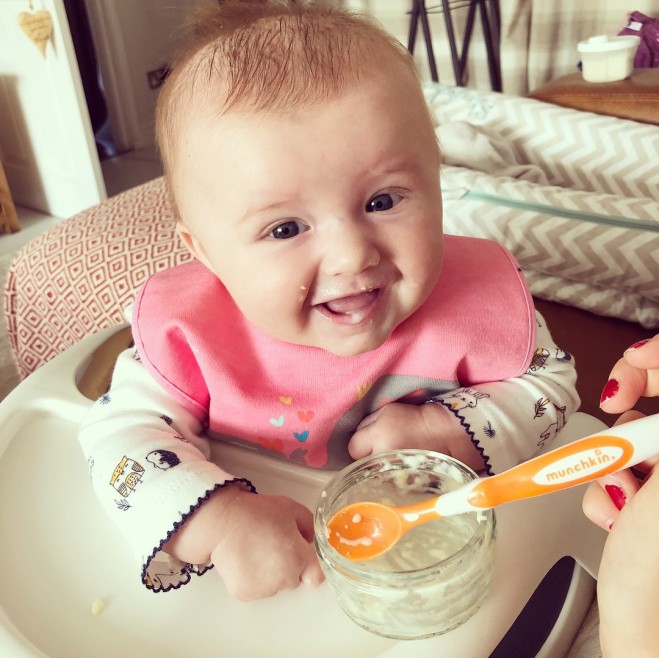 At four months old we decided to see how she liked different flavours. I must admit I was super mean for the first month or so of weaning, only giving her vegetables – nothing sweet. I was worried that by giving her something as tasty and sweet as strawberry puree for example, the next time I gave her broccoli she would refuse it immediately! I wouldn’t go as far as saying she ‘liked’ the first few tastes, but she definitely warmed up to it and was fine once she had figured out the flavours.

I started making my own ‘single/similar’ flavoured purees, so broccoli, peas, carrot, sweetcorn etc. I’d make a big batch, boiling the veg and then blending it until completely smooth with a blender, then spooned it into ice mould trays and froze. I started out using the Asda own little angels freezer pots which were great for ‘first tastes’ as they could  hold a few spoonfuls and just wrote on mini labels what each pot had in it and when it was made. 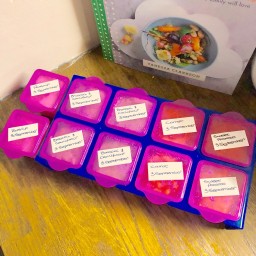 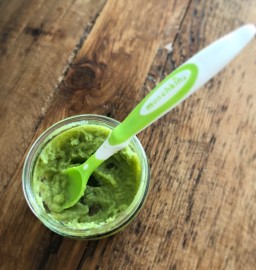 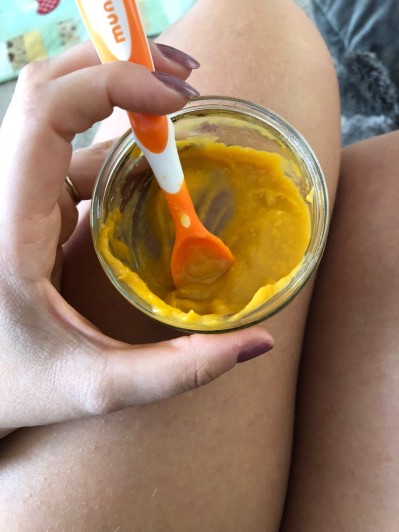 I must admit, she seemed to like bland vegetables – after her first few mouthfuls where she looked like I was trying to feed her poison! – but every now and then I’d throw in a sweet potato or carrot so she didn’t get overly bored of all the ‘greens’ … they were a super hit!! After the first few weeks of trying all the different vegetable flavours separately, we mixed them together. We would give her porridge in the mornings and then ‘dinner’ early evening around 4pm.

When we decided to mix the flavours, 2/3 of the big freeze potted flavours seemed far too much for one little meal, so I decided to buy ice cube moulds and put each blended flavour into those instead! Once frozen I would take the cubes out of the trays and add them to a freezable bag with a label saying what veg it was and when it was made. The recommended amount of time to eat after being made & frozen is three months, so by putting the date on the bags it made it easier to see whether she could still eat it or not! Every morning I would take out three random cubes, such as broccoli, parsnip and carrot. I would place them in a bowl and leave them to defrost throughout the day. When she was ready to eat I’d simply pop the bowl in the microwave for 20-30seconds, mix and serve! It literally was the easiest way of batch cooking without all the waste! 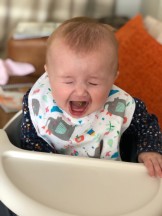 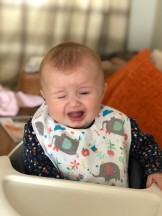 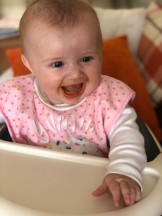 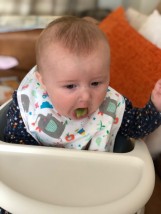 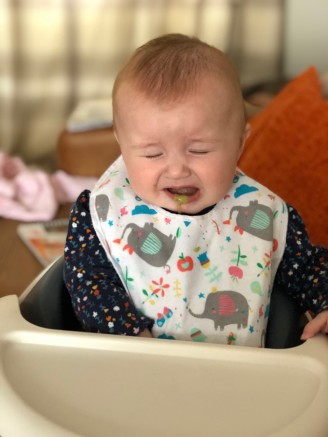 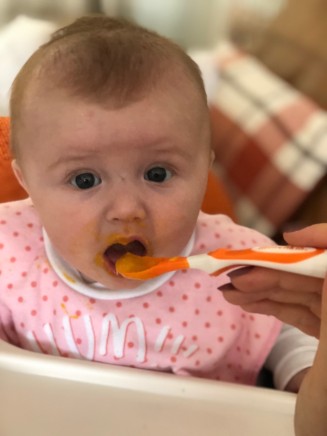 I still do it now when I want to add different flavours into some of Harper’s meals! If she has something like mash, mince and carrots chopped up, I just add pea puree to the mash – great way of getting those greens in!

Harper absolutely loves her food. She was on three ‘meals’ a day by 6 months.  A normal day would be:

Her bottles gradually got less as she started eating more and she wouldn’t always take the whole 7oz but it was always offered.

This may not be the correct way. It could be the complete opposite to how others have done it… but Harper is healthy, is going in the right direction with her weight and now eats almost anything offered to her! – I just hope it lasts!